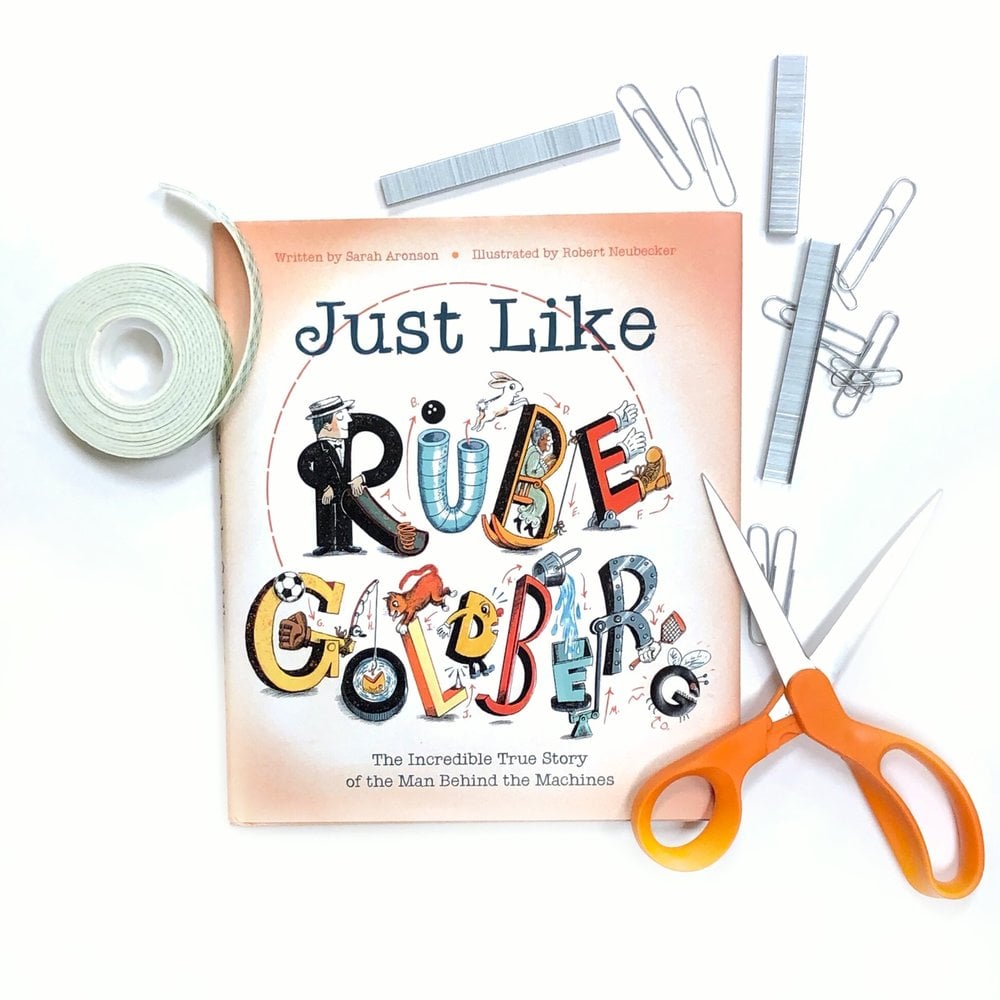 JUST LIKE RUBE GOLDBERG: THE INCREDIBLE TRUE STORY OF THE MAN BEHIND THE MACHINES, by Sarah Aronson and illustrated by Robert Neubecker, is a fabulous new book about the power of following your dreams, even when others try to steer you astray. Check it out!.

How many of you were told as children, after relaying to parents or teachers what you wanted to be when you grew up, that you should choose a different path?

You can’t see me right now, but my hand is definitely raised… and I’m sure many of yours are too.

Today, though, we live in a world where our kids can literally be anything, where even the most far-fetched career ideas can become a reality.

From bloggers to bow-makers to bakers to bankers, our kids can do anything they set out to do, provided they model two key words: persistence and perseverance.

Enter Rube Goldberg, a man with dreams of becoming an artist who went to school for engineering because his father wanted him to have a secure job. Goldberg’s story is told in JUST LIKE RUBE GOLDBERG: THE INCREDIBLE TRUE STORY OF THE MAN BEHIND THE MACHINES, a new non-fiction picture book written by Sarah Aronson and illustrated by Robert Neubecker. I adore it!

JUST LIKE RUBE GOLDBERG is the story of a man who had a talent for art and wanted to pursue it. But instead of following his dreams, he became an engineer at the prodding of his father, quickly growing dissatisfied with this unfulfilling path.

Goldberg eventually quit, got a low level job at a newspaper, and set out to prove himself as a cartoonist. With persistence and perseverance, he eventually became well known for imaginative and zany comics that made his audience laugh, especially his drawings of elaborate machines that performed simple tasks in totally crazy and far fetched ways. To top off his sweet success? Goldberg won the coveted Pulitzer Prize — and even an adjective in the dictionary!!

Oh, how I love stories of people going after their dreams, conveying to children with lofty goals that anything and everything is possible! JUST LIKE RUBE GOLDBERG is one of those books that every aspiring artist and inventor — and any child dreaming of a more unconventional career path — needs to read. It encourages kids that they can do and be anything they set their heart on, and it empowers them to work hard in pursuit of their desires. Goldberg’s is a story of grit, one that fits seamlessly into any STEM curriculum, with detailed designs to be pored over and admired. I can just see the creations being made as a result of his story!

Another great book to add to your STEM lists, JUST LIKE RUBE GOLDBERG gets two trunks up!

Did you like this post about JUST LIKE RUBE GOLDBERG, by Sarah Aronson? We are so glad! Check out these other fantastic lists and reviews – we think you will love them too!

Want the book? Get it here! JUST LIKE RUBE GOLDBERG: THE INCREDIBLE TRUE STORY OF THE MAN BEHIND THE MACHINES, by Sarah Aronson and illustrated by Robert Neubecker. *This is an affiliate link. Happily Ever Elephants received a review copy of this book, but all opinions expressed herein are entirely our own. 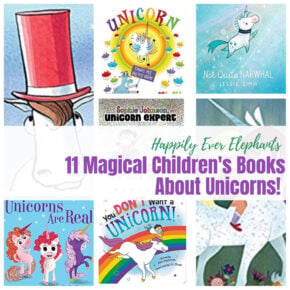