We love books about strong girls here at Happily Ever Elephants, both for our girls AND our boys! And I Dissent: Ruth Bader Ginsburg Makes her Mark, is one of the best books about strong women you will ever find. We absolutely LOVE it! Read on to learn why.

Why I Dissent: Ruth Bader Ginsburg Makes Her Mark is an AMAZING book for kids!

Grit. Perseverance. Courage. When I think of people I want my children to admire because of the way they have conducted themselves both professionally and personally, and because they have persevered in the face of giant and seemingly insurmountable obstacles, Ruth Bader Ginsburg is always one of the first to come to mind. And so it is that I wanted to share this incredible picture book biography in honor of Women’s History Month, because it speaks to so many of the virtues I hope my boys will grow to emulate. In this mom and librarian’s humble opinion, I Dissent: Ruth Bader Ginsburg Makes her Mark by Debbie Levy, is one of the best children’s picture books out there. In addition to being beautifully illustrated by Elizabeth Baddeley, it is inspiring, empowering, and it shows how RBG is the absolute personification of grit and courage.

I Dissent: Ruth Bader Ginsburg Makes Her Mark, tells the story of how RBG spent much of her life disagreeing. As a young girl, she disagreed with the notion that boys were expected to do “big things” while girls were simply expected to find husbands. She disagreed with the prejudice she experienced as a young Jewish girl, kept out of hotels and restaurants and neighborhoods that boldly announced “No Dogs or Jews allowed.” And she disagreed with the people who didn’t think girls needed to go to college… much less law school. Despite all the naysayers, RBG never gave up. She tied for first place in her graduating class, and yet, upon her graduation, no law firms wanted to hire her because she was a woman… and she was Jewish. Nevertheless, despite all of the strikes against her, RBG resisted and persisted, over and over again, eventually becoming a stellar attorney who championed women and equality. And then? In 1993, RBG became the first Jewish woman on the Supreme Court, where she would answer some of the most difficult and complex legal questions in the United States. Does I Dissent sound like the perfect book for strong girls or what?!?!

No matter what your political views, one thing is certain: Ruth Bader Ginsburg is a hero, a champion for women’s rights, and a searing and powerful voice for equality. If you are a parent or an educator seeking to teach your children about grit, determination and courage under fire, RBG is your girl and I Dissent: Ruth Bader Ginsburg Makes Her Mark is your book. She has continuously fought for people of all genders, colors, and religions to be treated fairly and equally. She has dissented from the bench when she believed the Supreme Court was not doing enough to protect women, African Americans or immigrants who were treated unfairly at work, when the court rejected a law meant to protect the right of every citizen to vote, and when the court did not want to allow Black Americans a better chance to go to college. And perhaps even more importantly, I Dissent so beautifully showcases that even when you may disagree with another and have totally opposing points of view, such as RBG had with Justice Antonin Scalia, she never let disagreements get in the way of treating others with dignity and respect, or even with establishing a fulfilling friendship with those who view the world through such different lenses.

Can you tell how much I love this book? I Dissent: Ruth Bader Ginsburg Makes Her Mark, is one for all ages — a picture book biography both children and adults alike will find captivating and inspiring. It is the perfect book to share while cuddled with your kids in bed for a motivational goodnight story, or during a class read aloud with students big and small. Two huge trunks up for this great American hero — and this literary treasure.

Did you like this post? We are so glad! Check out these fantastic lists – we think you will love them too! BOOKS ABOUT STRONG GIRLS: A Huge List of Favorite Children’s Books!, Favorite Books About Perseverance, and Favorite Books about Courage. 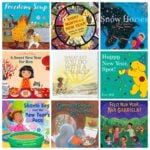 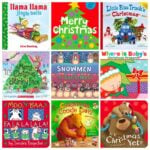 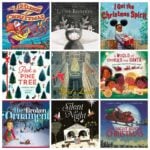