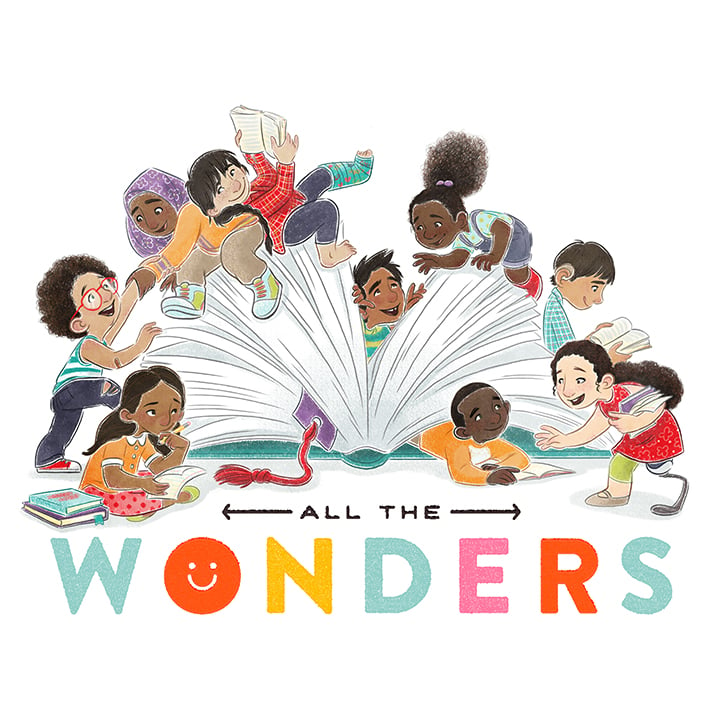 William Shakespeare gave voice to one of my all time favorite quotes: “Though she be but little, she is fierce.” I’ve always loved this, not just for its understated power, but because it so perfectly epitomizes everything I think about children. Are they small? Yes. But never be fooled by a child’s stature alone. What kids may lack in size, they compensate for with big dreams, inquisitive minds, and open hearts. They are, in no uncertain terms, fierce in their being, fierce in their emotions, and fierce in their love.

A child will be the first to tell you when a mean word comes out of a classmate’s mouth or a sibling acts in a naughty manner. Instead of turning his head in the opposite direction, he will be the first to ask why a child wears braces on his legs, or why a person begs for money on the street corner. He will also, without a doubt, be the first to reach across the table to hold hands with someone who may be different from himself. Our kids do not have negative associations with “other” unless we, the adults, place them there.

Children ask questions, demand answers, and seek tangible analogies to help them understand the complexities of the world in which they live. They are, undoubtedly, pint sized barometers of right and wrong. Let’s use their insatiable curiosity and unwavering moral compasses to teach them that though they may be little, they are, without question, more fierce than many people three times their size. We — parents, caregivers and educators — can harness their innate ability to view the world through righteous eyes by showing them they have the power to make a change if they see behaviors or events they believe are wrong. We can teach them that though they are small, their voices are mighty and they have the ability to make a difference in their school or their community. Whether they hold a hand out to a classmate being bullied, organize a book drive for schools that have been destroyed by natural disasters, or run a bake sale to raise money for a homeless shelter, there are things our kids can do to explore solutions to some of our society’s greatest challenges.

There are so many meaningful stories that can help our little ones find not only their voices, but ways to right the wrongs they see around them. Together we can build a community of children who believe in social justice and who are ready and willing to make important changes in their worlds. By facilitating this conversation when our children are young, we can build the foundation for greater understanding and activism as they grow.

Our children are fierce; let us never underestimate them. For I know I’m not alone when I say I have no doubt that they can be, in the words of the great Mahatma Gandhi, the change they wish to see in the world. Let’s utilize great books to help them on their way.

Be the Change: A Grandfather Gandhi Story
by Arun Gandhi and Bethany Hegedus; illustrated by Evan Turk
Atheneum Books for Young Readers (2016)

The indomitable duo that brought us Grandfather Gandhi is back with another story about Arun’s grandfather, Mahatma Gandhi. In the second book, Arun – frustrated with the confines of life in his grandfather’s service village – throws the nub of a pencil into the grass. When his grandfather makes him take a flashlight to retrieve it that evening, a conversation ensues between the elder and his grandson about how waste can contribute to violence. With a fabulous look at how “passive violence” occurs frequently and is often a root cause of physical violence, this beautiful story explains how each of us can examine and modify our own actions to create even the smallest of changes for the betterment of society.

When eleven year old Salva’s school is attacked by rebel soldiers in 1985, Salva and his classmates have no choice but to flee. What he doesn’t know at the time is that this attack will result in many horrifying years on the run in Sudan, dodging bullets and struggling to survive. Salva eventually makes it to a refugee camp in Ethiopia, where he is selected as one of 3,000 young men to travel to America. A Long Walk to Water alternates between Salva’s story and the grueling daily struggles of a young Sudanese girl in 2008, who walks for nearly eight hours a day to bring water home to her family. This interwoven story will leave readers astonished, stunned, but mostly inspired, as Salva’s struggles are eventually channeled into a moving account of change.

« Previous PostMaybe Something Beautiful, by F. Isabel Campoy and Theresa Howell
Next Post »A Squiggly Story, by Andrew Larsen and Mike Lowery 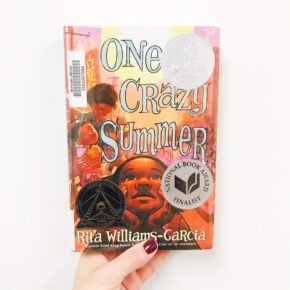 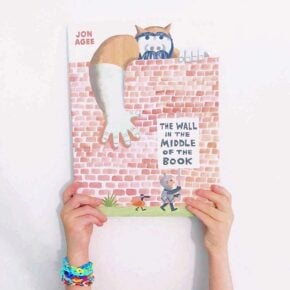 The Wall in the Middle of the Book, by Jon Agee 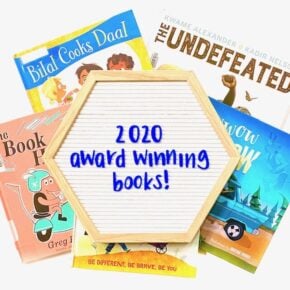 Award Winning Children’s Books Your Kids Will Go Crazy For!