Looking for a beautiful tribute to fathers and sons? We adore the tender relationship between a dad and his little boy in The Night Job. This is a fabulous new picture book, and we absolutely love the way this story gives us a glimpse of life with a parent who works through the night, rather than a traditional 9-5 job. Check it out!

I remember when I first learned that a friend of mine had a mom that worked through the night. She was a nurse, and I was shocked that she worked in a hospital while everyone else was sleeping, and she slept during the days while her kids were in school. It was so startling to me, because I had never known anyone whose home life was so different from mine. A parent sleeping during the day? It was so wild- and so cool! Perhaps this is why I fell in love with The Night Job, written by Karen Hesse and illustrated by G. Brian Karas, for the awesome glimpse of a non-traditional work and family structure it offers to young readers. Or it could be because of the tender relationship between father and son – one that reminded me of Jabari Jumps, another fabulous book showcasing such gentleness between a dad and his little boy.

In The Night Job, a young boy packs his dad’s lunch, and as the sun sets in the sky, the two jump on dad’s bike and head to the middle school where he cleans the facilities during the night. The two pal around as Dad cleans. In the gym, the boy shoots baskets. In the theater, they listen to the big game. And in the library, the boy lays down on the couch and reads aloud to his father until he falls sound asleep. When they eventually return home, the sun comes up and Dad snuggles into a big arm chair — and then the boy snuggles up to Dad until sleep overtakes them both.

The Night Job beautifully – and quietly – shows an alternative to the traditional family dynamic. Instead of a father who kisses a child goodnight in his bedroom and then goes to sleep thereafter, The Night Job is an excellent window into the life of a parent who works while we sleep. This type of story- one that beautifully and elegantly shows us all that there is no right way to “be,” is such a perfect addition to the world of children’s literature. It puts a twist on what we think we know about families and working parents. And the relationship between father and son! Ohhh, how I love this. I love the tenderness right from the start, of the boy making lunches for their adventure, of the bond that so quietly but powerfully leaps off the pages. The Night Job is such a wonderful alternative to the standard “boy” book – one that isn’t all rough and tumble but instead speaks to sensitivity, gentleness and devotion between dad and son. Two huge thumbs up for this beauty!

RELATED: Looking for more books that celebrate the ones we love? Check out these incredible children’s books about family!

Want the book? Get it here! The Night Job, by Karen Hesse and illustrated by G. Brian Karas. *This is an affiliate link. Happily Ever Elephants received a review copy of this book, but all opinions expressed herein are entirely our own.

« Previous PostThe Best Self Esteem Books for Kids to Boost Confidence in Your Children!
Next Post »Teach Kindness with The Story of the Kindness Elves! 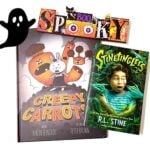 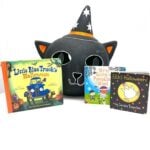 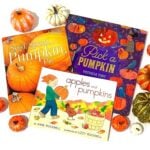 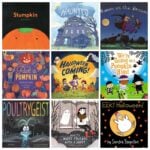 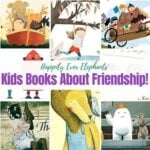 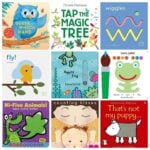