All Book Lists » Winter Books for Kids to Read on Snowy Nights! 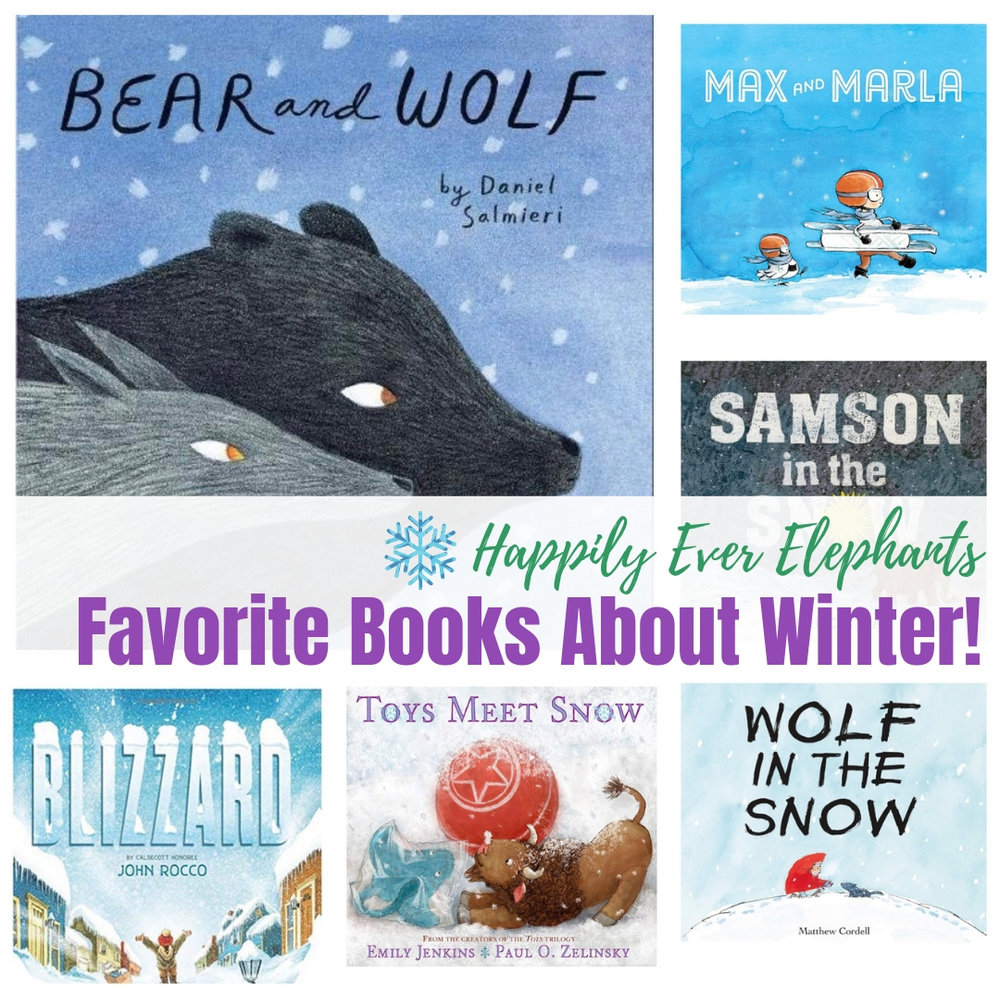 Inside: Looking for awesome winter books for kids, especially picture books about snow? Look no further!

We Love Winter Books for Kids — Especially Here in Miami!!

It doesn’t snow in Miami.

This was a cruel reality when I was a child.

When winter break began, I watched holiday movies on television with such longing, wishing I could jump right into the picture on the screen so I could join in an epic snowball fight or sit at the kitchen table with a steaming mug of hot chocolate while snow blanketed the world outside.

Instead, I was “stuck” in tropical paradise.

While most people couldn’t wait to come to South Florida for a vacation, I just wanted the temperature to drop below seventy degrees.

Cousins would send pictures of snowmen while we were more likely sweating than shivering. Retail stores were filled with sweaters, mittens and hats which, if purchased, were rarely worn.

When the Miami temps are barely dropping to 70 degrees, we pull out snowy stories and pretend its freezing!

What to do when it seemed the rest of the world was winter-white and rosy cheeked?

I couldn’t just hop on a plane and head to the mountains, so I had to create a winter wonderland right in my own home.

The best way to do that? I used kids books about winter, of course.

I was a kid with a big imagination and a voracious appetite for story, so reading became my entryway into a magical, mystical world. The silent treks through the snowy plains I saw in books led me to create my own imaginary snow days, right smack in the middle of steamy Miami.

There have forever been beautiful winter books for kids, especially stories about snow, which, of course, makes so much sense.

Snow is a natural wonder that, with nothing more than a gentle whisper, creates magic across the miles.

Children’s books about winter encourage the imagination to take flight.

Winter books for kids allow the imagination to take flight, inspires play in its purest form, and fosters a great sense of awe in children.

So the next day you’re snowed in — or looking longingly at palm trees and wishing they were white capped mountains – grab a stack of these kids books about winter from the library, make a cup of cocoa, and cuddle on the couch with these perfect snowy reads.

Our favorite children’s books about winter!

The snow is coming! Perfect for your youngest children, five little penguins watch the snow fall and bundle themselves up before heading outside to play. But, oh no! The littlest penguin decides to stay behind to wait for mama.  When their snowy fun is finished, the penguins come back inside, warm up in their coziest jammies, and relax with cookies and sippies. This is a perfect kids book about winter to celebrate the season’s arrival!
BUY THIS BOOK FROM:

Samson in the Snow
By Philip Stead

Samson, a giant woolly mammoth, shares his dandelions with a red bird who is looking to cheer up a sad friend. When the bird flies away, Samson is left wondering what it would be like to have a real friend of his own. Samson subsequently awakens from a deep sleep, only to find the world covered in snow. He immediately worries about the red bird, so he sets off to find her to ensure she’s warm. As Samson journeys through the snow, he finds that warmth can be found in more ways than one. A testament to compassion, kindness and friendship, we simply love this quiet, beautiful story!

The Luckiest Snowball
By Elliot Kreloff

Larry the snowball is one lucky ball of ice. He’s so lucky, in fact, that his new friend, Izzy, keeps him around so that Larry can experience all four seasons. Except, every time Izzy takes Larry out of the freezer, Larry finds himself in a bit of a bind. After all, what’s with that warm sun? Kids young and old will find themselves shouting “help! I’m melting!” right along with Larry, and they will learn the meaning of true friendship as they watch Izzy come to Larry’s rescue again and again. A perfect kids book about winter!

Before Morning
By Joyce Sidman and illustrated by Beth Krommes

Written as an invocation, this quiet beauty tells the story of of a young girl who wishes for just a little more time for family togetherness. The child yearns for a snow day so her mother, a pilot, will be grounded and forced to stay home. Through Krommes enchanting scratch board illustrations, readers witness what happens while the child sleeps soundly and her deepest desires are fulfilled: she will wake up to a blanket of snow outside her window.

Bear and Wolf
By Daniel Salmieri

One winter’s night, bear and wolf stumble upon each other while both wander in the snow. What fun it is to have a companion! The two delight in having a friend by their side, until it comes time to say goodbye. After all, bear must hibernate for the winter and wolf must run with his pack. This is a beautiful, timeless story, a calming read that is at once an ode to friendship and a testament to the power of being mindful and staying in the present.

Owl Moon
By Jane Yolen and illustrated by John Schoenherr

Late one night in the dead of winter, a young girl and her father set out to go owling. They barely speak on their journey through the snow, for you don’t need words to go owling.  Instead, they maintain hopeful hearts and exercise patience as they wait to witness the resolute stare of a wise old owl. A poetic masterpiece and an exquisite mentor text to explore personal narratives, this is a story that has captivated both children and adults for years.

Max and Marla
By Alexandra Boiger

Max and his pet owl, Marla, are the truest of Olympians. They are champions who know preparation is everything.  When they take their sled up the mountain only to experience “technical difficulties,” the two don’t give up– they simply fix the sled and try again the next day. Max and Marla continue to face challenges but each day they continue to tackle them. Will they succeed? Maybe, but not in the way you may anticipate. That is the beauty of this sweet story!

In this classic, a young boy wakes up to discover snow has fallen during the night. He goes outside to fully experience the first snowfall of winter, and as he plays, his eyes open to the wonder and possibility of the new world at his fingertips, for everything changes when draped in a blanket of soft white.

Steig’s sweet story from the 1980s is a wonderful testament to the power of perseverance and the things we do for love. When Irene’s mother, a dressmaker, falls ill, she is unable to deliver a dress she made for the duchess before an important ball. So Irene takes it upon herself to deliver this dress, but she must battle the bitter cold, tons of snow and howling winds to get there. Irene almost gives up. But she braves the elements and her perseverance is rewarded greatly. A classic!

Wolf in the Snow
By Matt Cordell

In this wordless Caldecott award winner, a girl in a red coat braves a harsh snowy day on her way home from school. As she walks, she comes across a lost and scared wolf pup. The girl befriends the pup and what follows is her journey through the sting of winter to return the pup to its family. She travels long and far though. So long and so far, in fact, that she loses her way. How will she ever get home? The emotion conveyed in every one of these stunning illustrations is simply exquisite.

Badger is a bit impatient – he can’t wait one more second for snow! Hedgehog tries to explain that snow will happen in due time, but Badger just can’t wait! The animals use their most creative tricks to bring on the snow, like tossing pebbles at the sky and sifting powdered sugar off the roof, but alas, the tricks don’t work. Yet one morning after a slumber party, the animals wake up to discover a perfect winter wonderland. Absolutely love these adorable illustrations!

Blizzard is a fabulous picture book based on the author’s real life experience during the infamous blizzard of 1978 which brought fifty-three inches of snow to Rocco’s Rhode Island town. Beginning with just a few flakes and ending with mounds as high as stop signs that kept him from opening his front door, Blizzard tells the story of a transformative snowfall, including the magic, the anxiety, and the tremendous relief at seeing the first snow plows break through the drifts.

A modern day version of The Snowy Day, this is the quiet story of a young girl who wakes up to the first snowfall of the year. The child goes outside to play, making snow angels and snowmen, and as she plays, she discovers the wonder and awesome simplicity that snow brings to her world.

The Wish Tree
By Kyo Maclear and illustrated by Chris Turnham

Though Charles is desperate to find a wish tree, his brother and sister try to tell him there is no such thing. Yet Charles is determined and sets out through the snow on a journey to find one. With his trusty sled Boggan and a song in his heart, Charles discovers the enchantment of winter and the wonder of wishing.

When their Little Girl goes away for winter vacation, StingRay, Lumphy the buffalo and their friend Plastic, a red ball, head outside to experience their first snow day. The three take part in traditional snow activities, making hilarious hypotheses about the world around them and relishing in the warmth their friendship provides. There’s nothing better for children than reading about toys that come to life!

Over the snow, the world is white and quiet. But under the snow is a world of magic, with a multitude of animals staying hidden from harm and making homes for the winter. In this beautiful work of nonfiction, children will learn about the subnivean zone — the area between the snowpack and the ground — and the way animals adapt during the harshest of winter days.

« Previous PostWhat is Given From the Heart, an Amazing Children’s Book About Empathy
Next Post »Josie's Lost Tooth, by Jennifer K. Mann 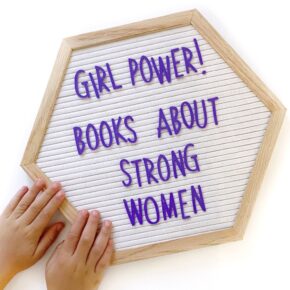 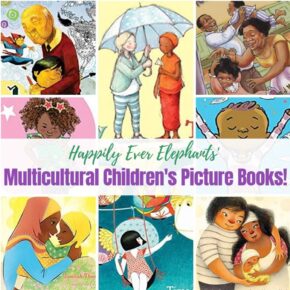 Celebrate the World with 50 of the Best Multicultural Picture Books!