Books by Age » 10-12 » The Danger Gang and the Pirates of Borneo, by Stephen Bramucci

Ahoy! If you’ve got tween readers at home who love pirates, sword fighting and rip-roaring escapades with the most courageous adventurers and swashbucklers, look no further than Stephen Bramucci’s debut novel, The Danger Gang and the Pirates of Borneo, illustrated by the great Arree Chung.  Let’s be honest- you all know I’m a lover of literary fiction and character driven stories, even when it comes to middle grade works. But since I now have a school full of pirate, adventure loving students on my hands, I know it’s time for me to branch out. I picked up Steve’s new book with bated breath– and I absolutely loved it. I was hooked from the very first paragraph.

In The Danger Gang and the Pirates of Borneo, young Ronald Zupan touts himself as a master adventurer. There’s only one problem– he hasn’t actually been on any grand or daring journeys. When his world traveling parents are kidnapped, Ronald knows he is the only one to save them. So he slaps on his fake mustache, grabs his pet cobra, and teams up with both his butler, Jeeves, and his fencing nemesis, Julianne Sato.  Off they go to the the jungles of Borneo, where his parents were last spotted. Will their adventure end in success, or will they be outwitted by Zeetan Z, the worlds most ruthless pirate? There’s only one way to find out!

If your tweens love fast-paced adventure stories complete with pirates, orangutans with wicked aim, snow leopards, giants, secret caves and sword fights, look no further than The Danger Gang. But don’t be fooled by the swashbuckling escapades alone. Ronald Zupan also learns quite a bit about himself on his daring journey- starting with the fact that impressing others and pulling out all the stops isn’t always the way to win the battle. Sometimes slow and steady wins the race– even if it means your most sophisticated and spectacular talents won’t steal the show.  Ronald’s loyalty to his team and steadfast devotion to his parents shines throughout the book, making this one of our summer favorites and a winner for young adventurers everywhere.

Want the book? Get it now, matey! The Danger Gang and the Pirates of Borneo, by Stephen Bramucci.  And guess what? There’s a sequel! If you loved the first book, make sure to check out the second one too, Danger Gang and the Isle of Feral Beasts. *These are affiliate links.  HEE received review copies of this book from the publisher, but all opinions contained herein are our own.

« Previous PostThe War that Saved My Life, by Kimberly Brubaker Bradley
Next Post »Animals Do, Too! How they Behave Just Like You, by Etta Kaner 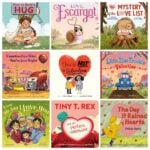 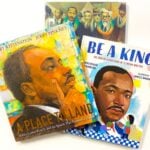 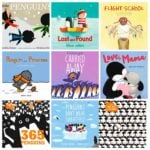 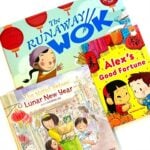